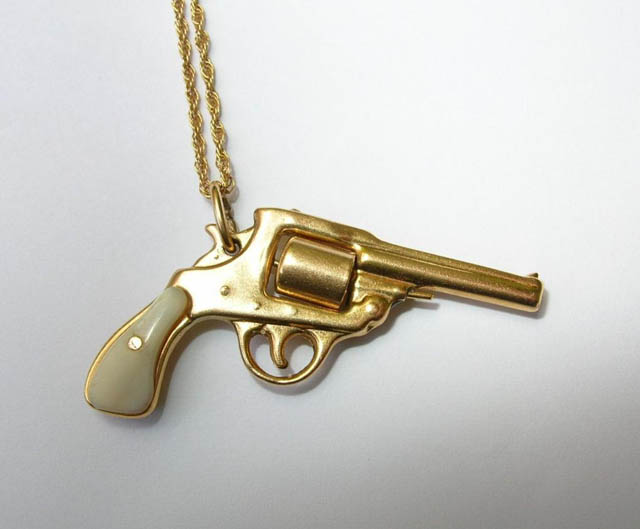 Here is a fun and interesting revolver pendant made of 14k gold with a mother of pearl handle. This is an excellent replica with a lot of detail and the cylinder also rotates!

It comes on a 14k gold chain and is in excellent condition. A nice, large size, not a petite charm bracelet sized charm. Stamped “14k” on the nose of the gun. It has also been acid tested for gold content.

Take a look at some more vintage gold guns.

The Wild Wild West was an American television series that ran on CBS for four seasons 1965 1969. Two television movies were also made with the original cast in 1979 and 1980, and the series was adapted for a motion picture in 1999 with a new cast and story.

Pictured here is a copy of the Wild Wild West #7 from Gold Key from the 8.5 Bethlehem pedigree with Robert Conrad on the cover. This comic is newsstand fresh and looks and feels like a brand new comic with a very small impact dent bottom left corner. The was the last issue with the Wild Wild West and is a very valuable sought after collectible.

Take a look at some more wild west vintage comics to start or complete your collection. 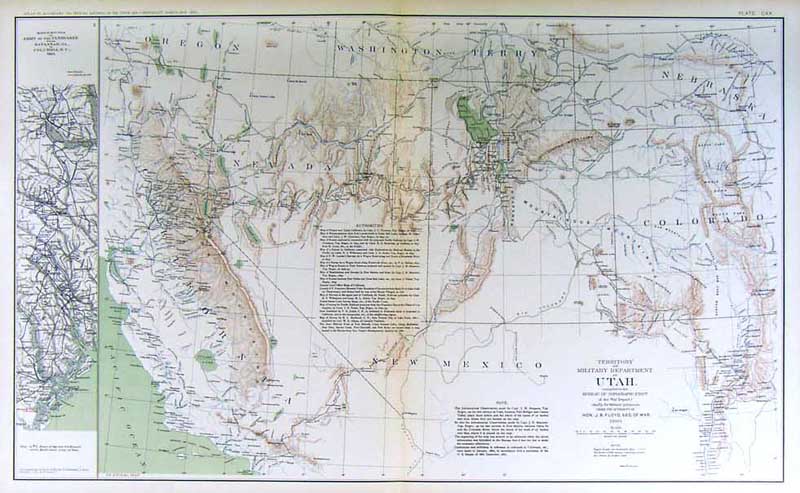 Shown here is an original map from the Atlas to Accompany the Official Records of the Union and Confederate Armies, published by the Secretary of War, unquestionably the most complete set of accurate maps of the Civil War ever published. The title of the atlas appears in the top left area and plate number in the upper right, a date of 1860 is printed on the map. A copy of the title page is also included with all the publishing particulars for genuineness.

The atlas was distributed in a very limited context to be distributed to government officials in the three houses of government as a reference for assessing the Civil War. This is from the original first publishing that lasted from 1891-1895.

This very detailed and remarkable map shows forts, wagon trails and routes. Idaho is actually labeled as Washington Territory and Arizona is still part of New Mexico Territory. This map is available on eBay with a buy it now price of just $149.

Take a look at some more antique maps to start of complete your collection. 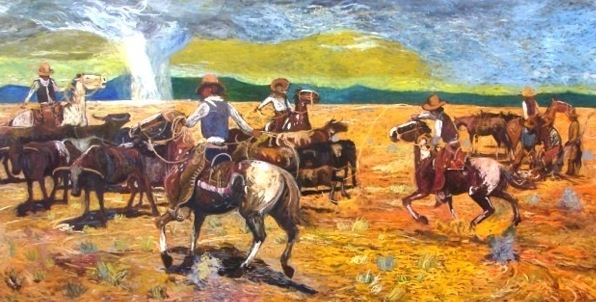